Congratulations to alumna Gabriella Lui, Class of 2018. She spent the better part of the last week showcasing her science fair project at the National Geographic Society and taking part in a series of real-world challenges with the other 29 finalists in the 8th Annual Broadcom MASTERS Competition in Washington, D.C. The final awards ceremony took place at the Carnegie Institute for Science. Gabriella took first place in the nation in the area of Technology. This is a fine feather in your cap, Miss Lui, and you earned it the old-fashioned way, through hard work, determination and ingenuity. Congratulations on your achievements.

Here are a few excerpts from the Broadcom page:

“The Broadcom MASTERS taps ten percent of young people participating in state and regional science fairs throughout the STEM Ecosystem to participate in this national competition. These kids are exemplars of the quality work being done by middle schoolers with their teachers, mentors and families throughout the US. “The Broadcom Foundation is honored to champion young scientists, engineers and innovators and spur them on to greatness.”

Broadcom MASTERS winners were chosen from the 30 finalists (14 girls and 16 boys) selected from 2,537 applicants in 35 states. Winners were selected by a panel of distinguished scientists, engineers and educators. Each finalist’s school will receive $1,000 from the Broadcom MASTERS to benefit their science program. In addition to the top prizes, the Broadcom Foundation and the Society also announced first and second place winners in each of the STEM categories of Science, Technology, Engineering and Math.

About Broadcom Foundation
The foundation inspires young people to pursue careers in STEM and to develop 21st Century skills of critical thinking, collaboration, communication and creativity.
• The foundation’s signature programs, the Broadcom MASTERS® and the Broadcom MASTERS® International, are the premier science and engineering competitions for middle school students around the United States and the world.
• Learn more at http://broadcomfoundation.org/ and follow us on Twitter (@BroadcomSTEM). 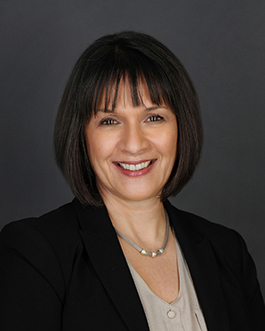